Was Capone ever in our region? Maybe. Did his organized crime organization have a presence in the region during the days of prohibition? Probably. We may never know the truth, but it certainly adds to an interesting chapter of Appalachian history.

It’s no big secret that in these Appalachian mountains a good amount of moonshine has been made over the years. And during the early part of the 20th century our nation experimented with prohibition which led to one heck of a black market for the stuff. And as with many myths and legends that live on in the form of tall tales and stories passed down the years, it is speculated (confirmed in the minds of some!) that none other than notorious Chicago gangster Al Capone made his presence felt in Southwest Virginia, East Tennessee and Eastern Kentucky.

Many of you may already know this, but during the 1920’s Johnson City, TN was known as Little Chicago. Most people assumed that was because of railroads coming through town. (Chicago was the leading rail city at that time-often referred to as Big Chicago.) Some, however, think it was called that because of ties to organized crime and the Capone crime family. There is no direct evidence to this but there is plenty of circumstantial evidence to make the argument. After all, illegal booze was Capone’s money maker and Central Appalachia was known for moonshine. Also, Johnson City would have been a perfect stopping point on the way to his other home in southern Florida (now a well known route for smuggling booze during Prohibition).

Also, there were many newspaper articles dating back to the mid 1920’s referring to the growing crime in Johnson City surrounding the illegal industry of alcohol and the growing number of “thugs” in the region.

During that era Johnson City was one of the hardest hit areas in the nation with a nuerological disorder called “jake leg” that was a result of consuming alcohol that had been tainted. Those that survived the disorder carried a unique hitch in their step as an effect of consumption. Part of the local folklore was that Capone even had a house in Wise County, VA where he stayed to conduct business. 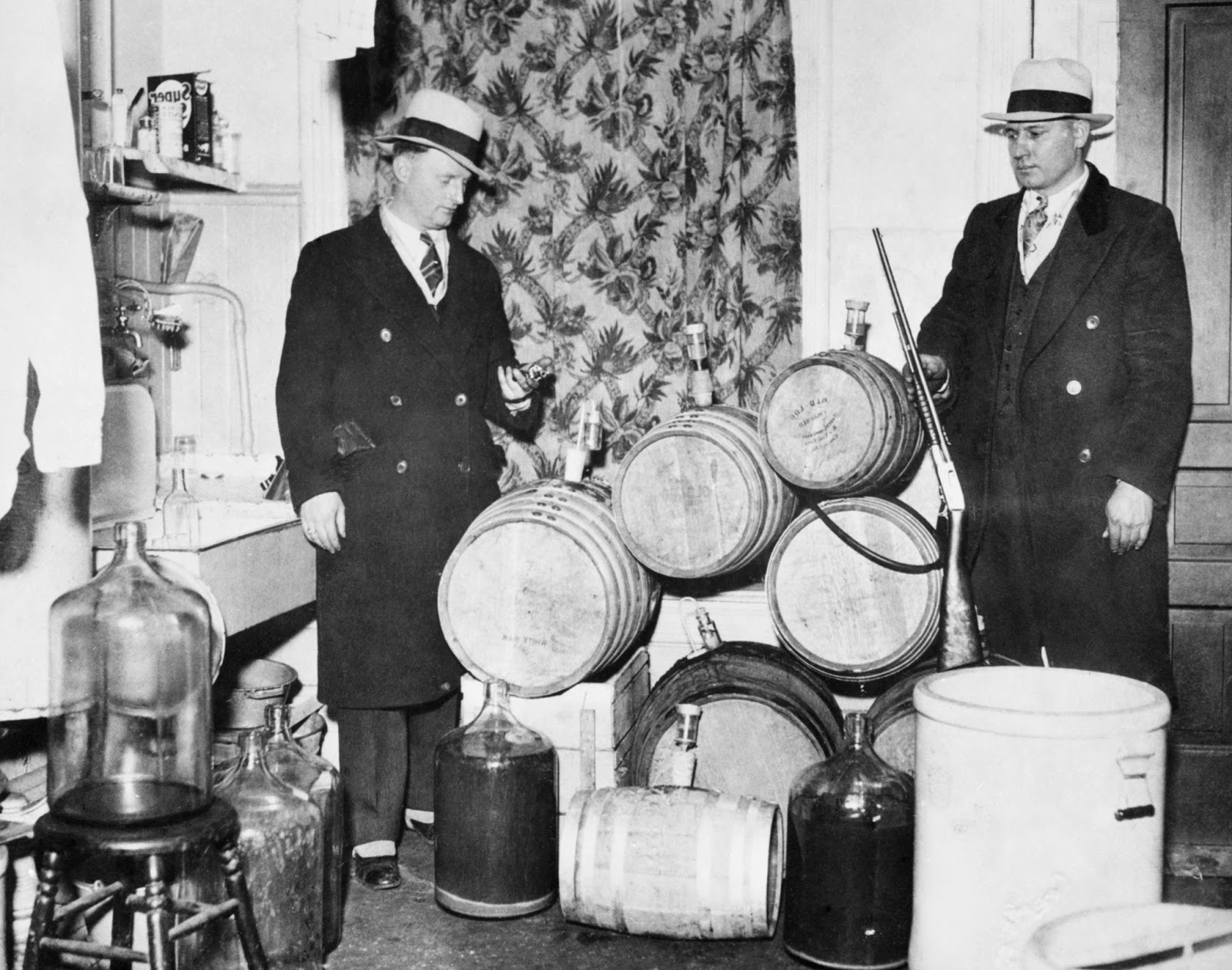 A Promise Zone For the Coal Counties?

In January 2014 eight counties in Eastern Kentucky were declared as a “Promise Zone” by federal and state officials with the vision of helping these counties build more diversified economies, promote job growth, and overall wellbeing. The vision of the council behind the Promise Zone is to develop a competitively trained workforce, a healthy environment, a more active civic life, and a continued growth in culture through the arts and rich histories of the region. Given our organization’s mission, the idea of a Promise Zone is certainly right in our wheelhouse.

Just to be clear, the Foundation For Appalachian Advancement is not a political organization. In fact, far from it! However, the mission of the Promise Zone is very similar to ours as we work to operate in all of Appalachia. The concept itself is a great idea. It’s very likely that there are, and have been, political disagreements on the “how” part of achieving the vision and goals of the Promise Zone.

The “how” is a political argument that our Foundation will not engage in. That is for the citizens and elected officials in each region to decide for themselves. It is important that we encourage the debate about extending the Promise Zone to include other counties in Appalachia that have seen terrible job loss in the coal industry.

Consider the coal counties of Southwest Virginia, or West Virginia, Ohio and Pennsylvania that also lack economic diversification. Should this vision and mission of the Promise Zone be extended to them, as well? If not, then why not?

If it is important, perhaps the citizens of those regions would be best served by contacting their local leaders and encouraging them to work with their Governor to bring this to fruition.

Economic diversification in these parts of Appalachia is just as vital to us as it is for other states outside of our region that have strong and resilient economies and growing job opportunities. Nothing in Appalachia seems to come easy. It is a duty that we all must undertake from the grass roots to ensure that our region moves forward in the areas of job growth, educational opportunity, and cultural advancement.

As far as our part with the Foundation For Appalachian Advancement, we hope we can spark a debate and discussion that leads to positive change.

There are countless small towns throughout Appalachia, and each can boast of a unique history all their own. One such place is Pound, Virginia and what came to be known as the Pound Gap Massacre. The Pound Gap, as it is called, is located on the border of Virginia and Kentucky, currently between Jenkins, KY and Pound, VA. Today we call it U.S. Route 23. Many pioneers and hunters used the gap to settle into eastern Kentucky. Daniel Boone often traveled the gap, referring to it as “Sounding Gap.”

In 1834 the Kentucky General Assembly passed an act to improve the road, which made driving livestock to Virginia and other southern markets much easier. It also made the gap vitally important during the Civil War. However, it wasn’t until 1892, long after the Civil War, when the gap became known for the Pound Gap Massacre. Ira Mullins, a local moonshiner, was ambushed. Dr. M.B. Taylor (also known as The Red Fox) and two confederates slaughtered Mullins and members of his family by a rock near the gap. Five of seven were killed at what is now called Killing Rock at Pound Gap. If you are an avid hiker you’ll find a trail named after the massacre. The Red Fox Trail & Killing Rock runs through Jefferson National Forest.  Dr. Taylor was later hanged at the Wise County Courthouse for the murders.